Current estimates of the size of the global Islamic finance industry range from $1.66 trillion to $2.1 trillion. Recent announcements from Saudi Aramco may be about to give these numbers a supersized boost with a potential valuation and IPO of up to $10 trillion.

In an interview with the Economist magazine, Prince Mohammed bin Salman, the deputy crown prince of Saudi Arabia, said the government is aiming to scale back the role of the state and seeking to embark on a privatisation programme similar to the U.K.’s 1980s economic overhaul under Margaret Thatcher.

Two days after the interview, Saudi Aramco released a statement where it confirmed it is looking into options for an IPO. The value of the IPO would be dependent on the size and part of the business sold.

Aramco statement confirms it is looking into options for an IPO.

Saudi Aramco could be worth anything from $1 trillion to upwards of $10 trillion, which would make it the most valuable company in the world, according to a note from Jason Tuvey at research firm Capital Economics. Other estimates discussed put the valuation at $2.5 trillion.

Is Saudi Aramco an Islamic Asset?

Can the Islamic finance industry claim Saudi Aramco as its asset? Much depends on the definition of an “Islamic Asset” which based on industry standards are currently categorized as hard assets, assets by design, or assets by filter.

Such figures may under-estimate the size of the Islamic finance industry by failing to recognise Islamic Equities as an asset class.

The number of Islamic equities remains small but an IPO by Saudi Aramco could propel the size of this asset class to be greater than the GDP of many countries.

Vodafone Qatar is a recent example of a business converting its operations into Sharia compliant processes and in doing so provides an overview of the building blocks of achieving such a status.

Listed on the Qatar Stock Exchange, as of 1 January 2015, Vodafone became a 100% Islamic Sharia Compliant company in all of its operations having converted its financing facilities into a Wakala structure, updating its articles of association as well as appointing a Sharia board. 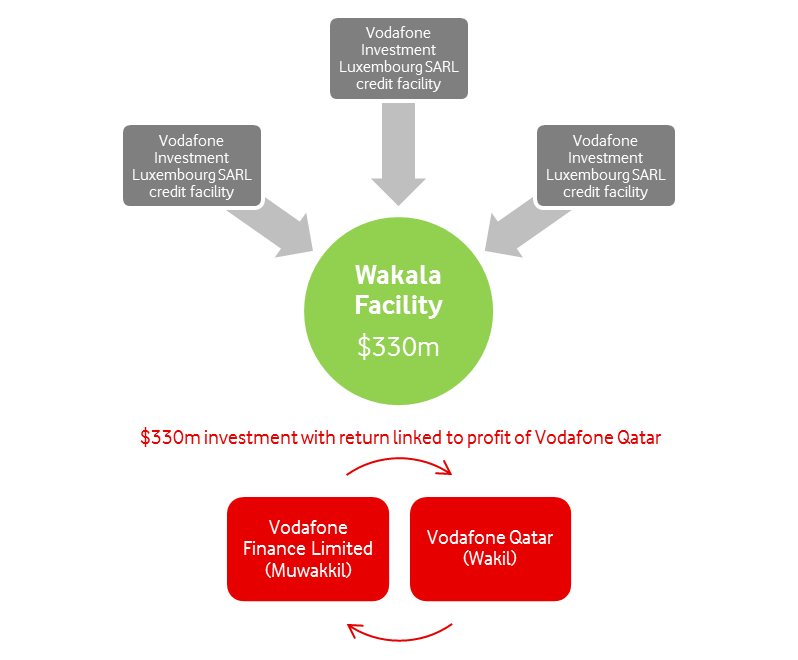 Vodafone Qatar structured its financing to be Sharia compliant through a Wakala facility.

The Accounting and Auditing Organization for Islamic Financial Institutions (AAOIFI), and the Islamic funds industry provide us with qualitative and quantitative filters in order to gauge if a business is Sharia compliant. 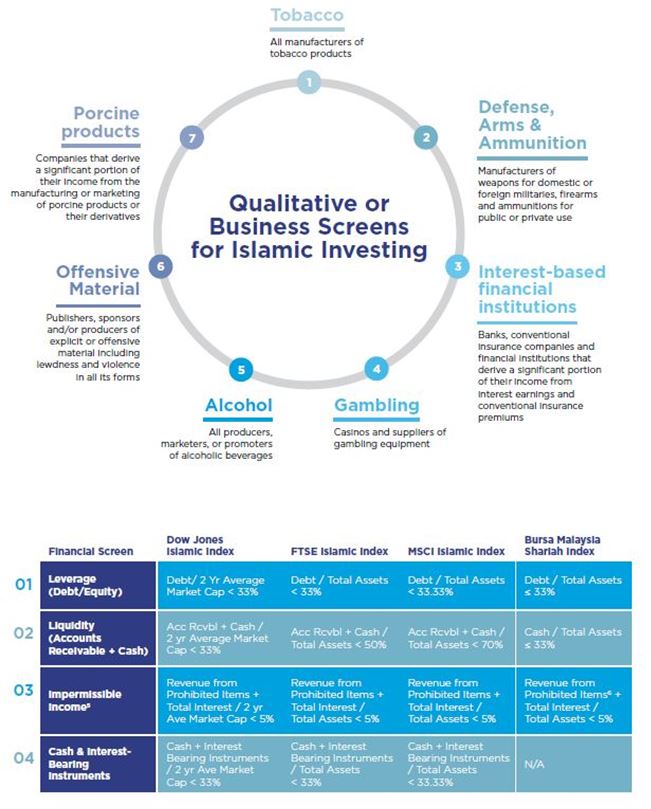 Sharia Compliant by Design vs. Filter

An asset maybe classed as Sharia compliant by filter or by design. This distinction is highlighted by Walid Hejazi, Associate Professor of Business Economics, and Academic Director, at the Rotman School of Management, University of Toronto, Canada in a presentation he gave to the Islamic Research and Training Institute.

Using real world examples we can observe the UK Sovereign Sukuk is an Islamic asset by design because it was developed from the ground up to be Sharia compatible. Therefore its issuance size of £200 million forms part of the industry size calculations of the IFSB.

Clearly it would be a stretch to consider Microsoft or Nike as constituents of the Islamic finance industry, but not so in the case of Saudi Aramco.

Based on the principles Vodafone Qatar was able to claim itself as being a Sharia compliant business – that of meeting legal, corporate, financing and sector criteria, Aramco can be considered as meeting such requirements too. Aramco is incorporated in Saudi Arabia, a country run in accordance with the laws of Sharia; it already runs its finances according to Sharia principles having recently announced the building of the largest industrial complex for gas in the world for $2.1bn financed by Shariah-compliant funding. Furthermore the holding of energy major Total by Oasis Crescent confirms the energy sector is permissible as a Sharia compliant industry sector based on AAOIFI and industry standards.