Alan Greenspan once described people to people contact as a key pillar to building commerce and creating economic activity. Taking the former Chairman of the Federal Reverse at his words, the gathering of individuals at the Global Islamic Economy Summit 2016 this week in Dubai would have done much to create the relationships and entrepreneurial spirit to take the Islamic Economy and the Islamic Finance industry to their next stages of development.

Dubai emerges as the meeting place of the Islamic Economy

Great ideas and innovation are created from fresh thinking; the conversations and energy displayed amongst the 2500 delegates consisting of practitioners of Islamic Finance, Islamic Art, Halal Cosmetics and Fashion will help push forward the various sectors of the Islamic Economy with Dubai emerging as the meeting place for the nascent industry.

Centrally positioned in the Islamic world, open and tolerate with state of the art infrastructure, Dubai has played a smart hand to position itself as the home of the Islamic Economy.

Whilst Islamic Economics and Finance have existed since the dawn of the religion, the term “Islamic Economy” previously was never clearly defined until the establishment of the Dubai Islamic Economy Development Centre which detailed key pillars of the economy and pushed for global standards.

Dubai is joining the dots in Islamic Finance

It was no coincidence that two key industry reports covering Sukuk liquidity management, and a proposed Sharia standard on hedging were released at the event to underline a joined up thinking approach to Islamic finance, an industry which is currently a collection of fragmented local markets for which Dubai hopes to emerge as the global centre.

The Next Steps for Dubai in Islamic Finance

Dubai leads as a centre for listed Sukuk when measured in terms of issued amount. Whilst this is a significant achievement it would be misleading to overstate this accomplishment as the listed Sukuk are mostly from domestic issuers and due to market dynamics (buy to hold, Over the Counter Trading) very little trading of exchange listed Sukuk occurs. More importantly Sukuk represent only a part of the Islamic finance market, there are other segments of the industry which offer promise.

The Cross Border Sukuk and a Mega Bank

To take its Sukuk ambitions to the next level, Dubai needs to look to London and how it emerged as the world’s leading Eurobond centre. Attracting foreign issuers will be the catalyst which will drive Dubai’s sukuk status from a domestic centre to an international centre.To attract foreign issuers Dubai needs a mega bank able to build the cross border relationships with international investors and issuers, as well as the ability to pull in global liquidity.

With $9.5 trillion of Muslim wealth looking for a home, there are numerous sectors outside of the Sukuk market which Dubai can take a lead in to develop its ambitions as the centre of Islamic Finance.

These include Islamic Wealth Management, Islamic Private Banking, Islamic Private Equity and key to the nurturing the entrepreneurial spirit so keenly demonstrated at a post event brain storming session, Venture Capital – the essential funding needed to nurture the next big thing within the Islamic Economy. 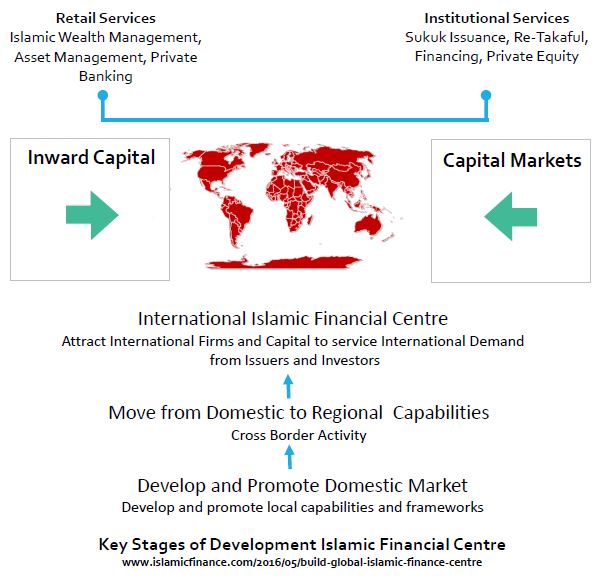 By Naveed
Join the conversation at #IslamicFinance and #Sukuk
Follow @twitterapi