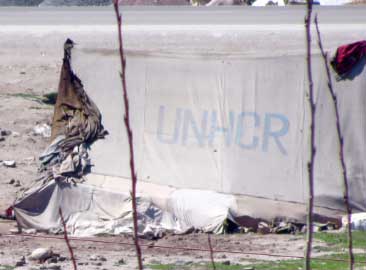 After a string of sukuk issued for purposes of liquidity and balance sheet capital ratio’s by financial institutions; Senegal’s recent sukuk bought a welcome return to an Islamic finance transaction for the purposes of social good.

Sadly, such socially useful transactions aligned to the principles of Islamic Economics are a rarity for an Islamic finance industry which in parts seems more eager to develop parallel financial instruments to mimic conventional finance, albeit Sharia compliant through complex legal contracts than to the principles of Islamic economics built around trade, justice and the prevention of hoarding of wealth.

Was 2014 the Year when the Islamic Finance Industry Lost its Barakat?

Barakat/Barkat translates to blessing, a common term used across the Islamic world in reference to blessings from God. The period ending 2014 marked a record for the sukuk industry in terms of issuance.

It is perhaps no coincidence that in September 2014, Goldman Sachs, affectionately known as the Vampire Squid of Wall Street joined the sukuk family with a $500 million five year Wakala issuance. The Goldman sukuk was socially useless in every definition of the word based on the principles of Islamic economics with the proceeds raised merely recycled into Goldman’s balance sheet, no doubt to be used in interest based transactions.

The sukuk marked Goldman’s second attempt to issue the transaction, having failed at the first attempt two years earlier as parts of the Islamic finance industry questioned the deal. Matt Taibbi in his famous Rolling Stones article states Goldman Sachs has engineered every major market manipulation since the Great Depression, and it is perhaps little wonder after its entry into the sukuk market it has been all downhill since with 2015 witnessing a major drop in issuances when only USD60.6 billion sukuk were issued, a massive 43% fall compared to 2014.

However, from every destruction a new spirit of innovation rises and the blessing for the sukuk industry may be the emergence of the socially useful sukuk, a structure and purpose which re-aligns the Islamic finance industry to the true principles of Islamic finance and economics.

West Africa, the ICD and IDB

Senegal closed its sukuk in late July, marking its second sovereign sukuk issuance. The West African nation will use the proceeds of the CFA 150 billion transaction to finance economic and social developments including a drinking water supply program, and an implementation program of road network and street lighting. Furthermore, the transaction was truly asset backed, using a Ijara structure rather than agency based Wakala, a structure often liked to conventional bonds and becoming all too common in Islamic financial transactions.

The Saudi Arabia based Islamic Corporation for the Development of the Private Sector (ICD), which is affiliated with the Islamic Development Bank (IDB) deserves much praise for bringing to market a transaction which benefits the lives of the citizens of Senegal, as well as its efforts to push Islamic finance into West Africa with equally socially useful sukuk transactions emerging out of Ivory Coast and Togo this summer.

The International Finance Facility for Immunisation is an international body which was proposed by the Government of the United Kingdom (now includes ten donor nations) and set-up to help meet the United Nation’s Millennium Development Goals.

IFFIm sells bonds, called Vaccine Bonds on the capital markets to raise funds to save children’s lives and protect people’s health by increasing access to vaccination in developing countries. IFFIm has so far issued two sukuk with a December 2014 transaction for $500 million and a September 2015 transaction for $200 million.

The IFC is a member of the World Bank Group and the largest global development institution focused on the private sector in emerging markets. It issued a five-year Sukuk in 2015 which was used to support IFC’s developmental financing activities in the Middle East and North Africa (MENA), and other parts of the world.

In a speech earlier this year Mahmoud Mohieldin of the World Bank discussed the role Islamic finance can play in reduction of poverty and contribute to sustainable development. Mr Mohieldin stated there was now discussion surrounding the issuance of an inaugural humanitarian sukuk program combined with cash waqf which could enable the use of sustainable humanitarian financing for protracted crisis situations. The intended program would leverage current capital market instruments and architecture to reach non-traditional and emerging donors.