Standard & Poor’s gets it wrong on Sukuk

Standard & Poor’s recent market update reported the sukuk market in 2015 is heading for a correction due in large part to Bank Negara Malaysia stopping issuance of short-term sukuk.

In terms of issuance the actions of Bank Negara does impact volume making it unlikely the market record for issuance reached in 2012 of $137.1 billion will be breached. This does not however equate to a market correction.

Bank Negara has been in previous years been a prolific issuer of short-term sukuk, which by its very nature is short dated paper with maturity dates of less than one year. It is misleading to use such sukuk to accurately represent market demand as short term sukuk are re-issued multiple times through-out the year.

For example a three month sukuk issued in January, will mature end of March, and then be issued again in April with the exercise repeated once more in July and October. Equally monthly sukuk are re-issued every month so a 1 billion Malaysian Ringgit issuance every month would falsely represent an annual issuance of 12 billion when in fact it is 1 billion Ringgit issued 12 times.

The relevance to issuance volumes is short-term sukuk are simply the same money being recycled repeatedly. A decline in this volume does not represent a market correction, more so from a broader Islamic finance market perspective as Bank Negara has replaced the issuance of short term sukuk with short term Sharia compliant loans aimed more appropriately for its domestic Islamic banks.

A better barometer of market sentiment is to take a wider view and look at the issuance of international benchmark sukuk which look set to have another record-breaking year.

Importantly this year we have witnessed two South East Asian Sovereigns print record equalling issuances with Malaysia issuing a 30 year sukuk (the longest maturity for a Sovereign), and Indonesia issuing a $2 billion sukuk whilst achieving an order book of over $6.8 billion.

There is little doubt, low oil prices have slowed the main Sukuk issuing economies of Malaysia and the Gulf, but according to Fakrizzaki Ghazali, credit strategist at Malaysia’s RHB Bank. “There may be a recovery in sukuk volumes on an overall basis, though it could take some time for other issuers to fill the gap given the unfavourable market conditions,”

The record for amount of issued Sukuk was set in 2012, though is a number not universally agreed. 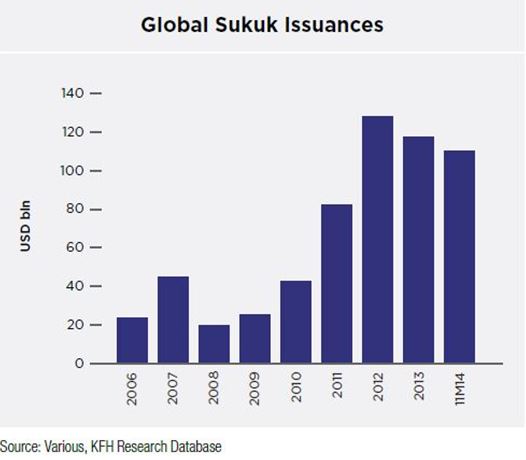 The Asian Development Bank places the number just above $140 billion. 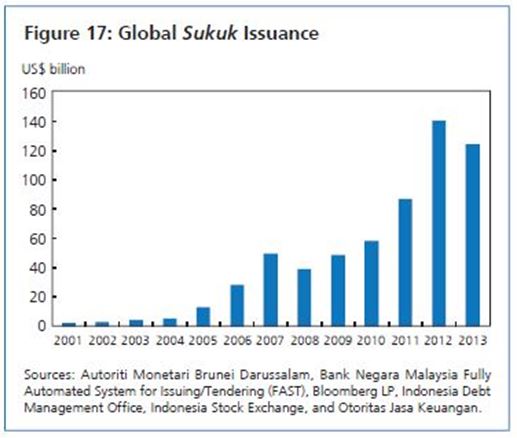